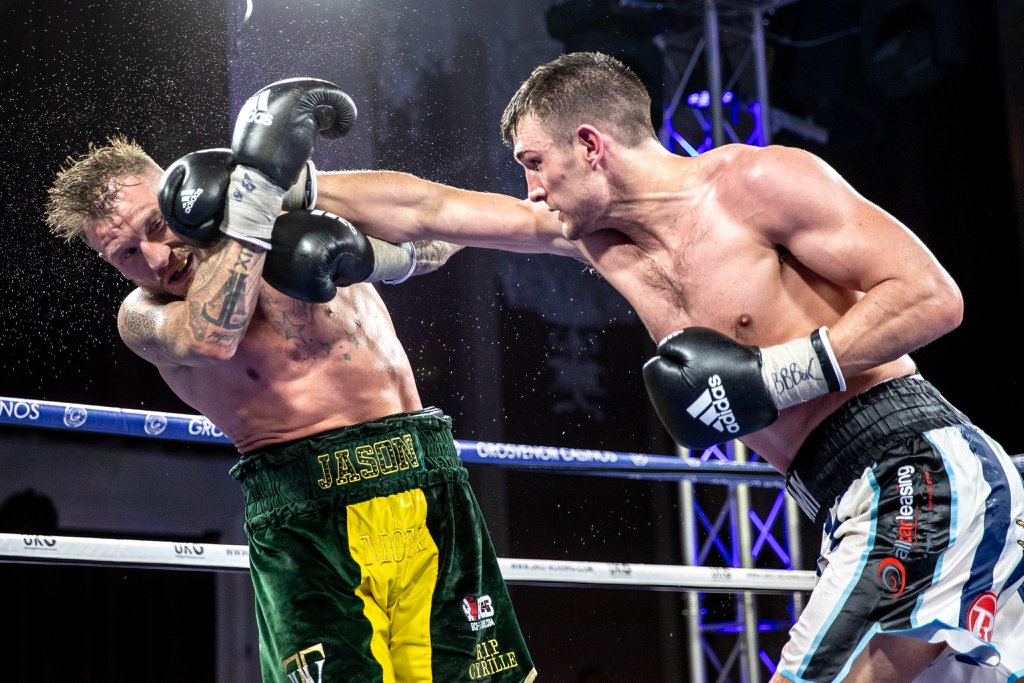 The Birmingham boxers will be joined by a whole host of local talent on the card, including Sam Eggington and Gamal Yafai.

The local rivals had their first meeting on May 4 in Walsall in the headlining fight on Black Country Boxing Promotions’ biggest ever event, titled ‘Battle of the Baggies’. 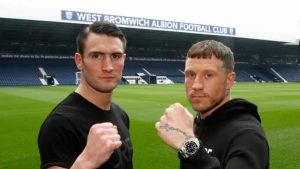 Both West Bromwich Albion fans went to war in an early ‘Fight of the Year’ contender with underdog Welborn just stealing the decision with scores of 114-113 twice and 115-113 reversed.

Promoter Eddie Hearn recognised the popularity of the replay and stated in an interview with iFL TV that it’s a big fight and both fighters are big ticket-sellers, which will boost numbers in attendance for Khan’s second appearance under the Matchroom banner after dispatching his last opponent Phil Lo Greco in under 40 seconds last April.

Langford, known to fans as the ‘Baggies Bomber’ for his close association with West Brom FC, conceded the British title in his second defence having already seen off the mandated opponent, Jack Arnfield (25-2), last February on the undercard of the World Boxing Super Series semi-final between George Groves and Chris Eubank Jr at the Manchester Arena.

Welborn, who previously failed to capture the Lonsdale belt at welterweight against Frankie Gavin in 2013 and super-welterweight versus Liam Smith in 2014, caught Langford with a short but sharp left hook in the second-round causing the Bideford-born boxer to stagger back into the ropes producing a standing eight-count from referee Terry O’Connor. Langford weathered the early storm from the two-weight Midlands Area titlist to come back and dominate the following rounds but was overwhelmed once more during the championship rounds.

Langford, a former England amateur captain, triggered the rematch clause in the contract immediately after the fight, eager to avenge his unexpected loss.

Welborn has been enjoying a good run of form ever since he moved up to middleweight following his last loss to Craig Cunningham (15-1) in the second defence of his Midlands Area super-welterweight title in 2016. He caused a major upset when he defeated Joe Gallagher’s unbeaten prospect Marcus Morrison (14-0) in March 2017 to win the WBC International Silver middleweight title, despite hitting the deck in the second-round.

Welborn’s tactics bettered Langford’s superior boxing ability and pedigree on the 124th day of the year and the return bout promises to be another intriguing and exciting encounter with the added needle that a local rivalry brings.

The winner of the ‘Battle of the Baggies 2’ will be called upon to defend the title against unbeaten challenger Mark Heffron (20-0) from Oldham next.

Headliner Amir Khan (32-4) will face Samuel Vargas (29-3-2) in the main event as he sets his sights on welterweight world honours this year.

‘King’ Khan returns to action against the Canadian-based Colombian following his blistering 39-seconds demolition of Phil Lo Greco last April in Liverpool after nearly two years out of the ring.

The 29-year-old travelling opponent is ranked number 10 in the WBA standings and has shared the ring with current IBF king Errol Spence and Khan’s old conqueror Danny Garcia.

‘Ruthless’ Ryan Kelly (11-1) defends his Midlands Area super-welterweight title that he initially won in 2017 with a narrow points win over unbeaten Adam Harper (7-0) and then reclaimed again last May via seventh-round stoppage at Villa Park against Owen Jobburn (4-2-1). The 24-year-old Birmingham champion defends against unbeaten Dordon man Kelcie Ball (9-0).

Stourbridge banger Sam Eggington (22-4) and super-bantamweight star Gamal Yafai appear on the bill with more title fights and stars to be added shortly.