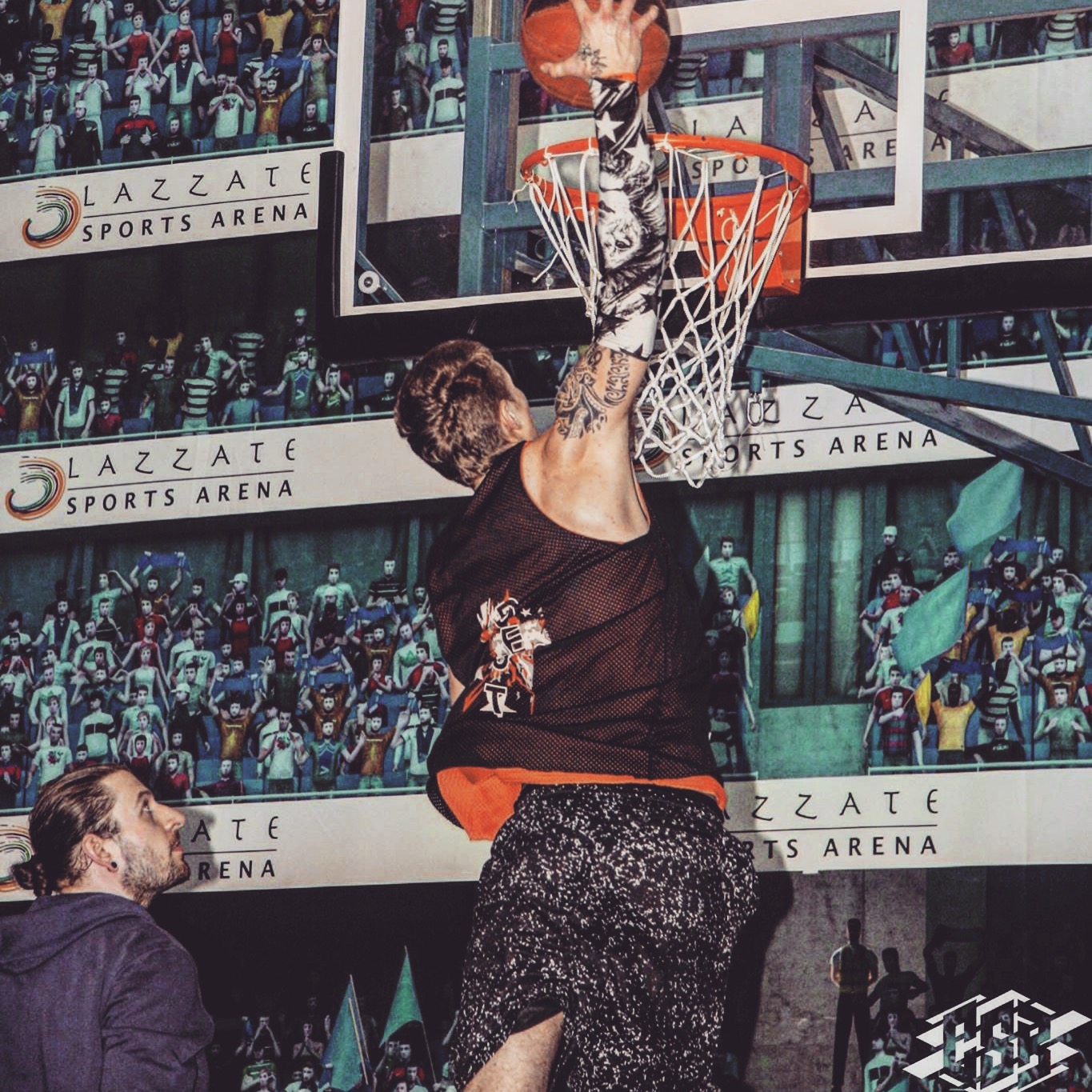 Torquay’s Clark Agambar-Froud made the big screen recently when he represented the South West at Birmingham’s NEC in January’s Molten Slam Dunk Contest, live on Sky TV. Clark put on a good show but was edged out of the final by the mighty Canadian duo of Justin ‘JusFly’ Darlington and Jordan Kilganon from the Dunk Elite team, Kilganon going on to win.

Since that afternoon, Clark has been far from idle, scoring a second spot in the Playground Italia slam dunk contest which was fought out at the ‘glow in the dark’ Lazzate Sports Arena in Milan (pictured), which features a backlit LED glass floor.

And it seems that all of the effort has paid off, as the South Devon athlete has recently been selected to take part at the prestigious Art Dunk Show in Rennes, France this May.

To prepare himself for the big day, Clark is currently training hard with teammate Dan at the Figura Gym in Torquay, saying his goal is to, “boost my jump to the inhuman level.”

We will keep you updated on his progress.