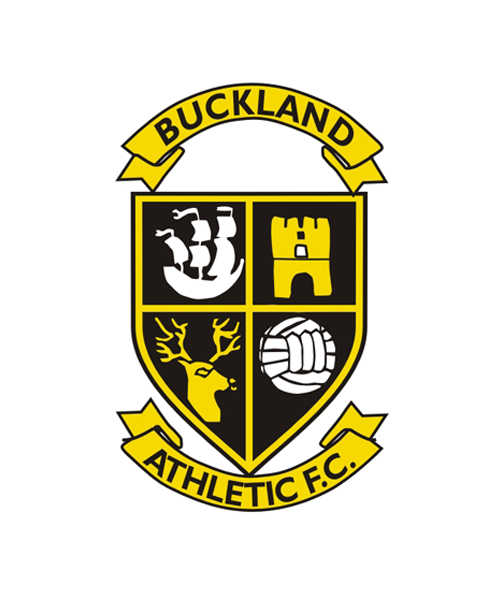 A failure to pick up three points against mid-table Cadbury Heath wouldn’t have ended Buckland Athletic’s hopes of Southern League promotion, but victory does deliver a much needed boost to a side who had picked up just one point in the previous three games against their top six rivals.

After losing at home to leaders Odd Down and salvaging a late point against Willand Rovers, again at Homers Heath, the Yellows suffered another blow with defeat away at fellow promotion-seeking Barnstaple Town. Chances were few and far between as Barum welcomed a decent 250 plus strong crowd to Mill Road, but the hosts managed to get their noses ahead early on when Liam Gregory’s cross was nodded into the path of Dave Pearse who netted after just six minutes. To their credit, Buckland didn’t let their heads drop and put plenty of pressure on the home side, finding the net through a Si Laughton header but seeing that effort chalked off for a foul. Barnstaple had more chances of their own before Shane Gill’s cross, five minutes from the interval, was dispatched by Marc Revell whose low twenty-yard shot crept in, just beside the post.

Buckland nearly took the lead early in the second-half, but Barnstaple’s standout captain and centre-back Aaron Harper-Penman prevented a certain Liam Moseley goal with a superb last-ditch tackle following a mix-up in the home defence. Then, on 63 minutes, Jack Jenkins’ free-kick found Harper-Penman at the other end and visiting custodian Tom Buckler failed to clear convincingly. Pearse took his opportunity to poach a second goal and Buckland were facing defeat again. Substitute Simon Revell tested the gloves of home goalkeeper Steve Oliver before Buckland suffered another blow, Laughton sent off for a foul on Liam Gregory. There were chances for both sides in the closing period, home substitute Scott Sharp hitting the bar and Harper-Penman intervening once more to keep out Gavin Hammon, but there were no more goals and Buckland will feel disappointed that they couldn’t quite do enough to claim a point.

That defeat meant that Wednesday evening’s home tie against Cadbury Heath, who had recently enjoyed a shock away win at Bristol Manor Farm, was particularly important if Buckland wanted to keep up any pressure on the front-runners. This time, Buckland made the early inroads, Simon Revell scoring direct from a corner, and Nick Rudge dancing his way into the box before forcing home a second for the hosts, both goals coming within the first 15 minutes. The second half was a different story with Cadbury pulling a goal back and then pressing for an equaliser with Buckland falling to pieces in midfield. After having cleared off the line twice, the home side finally sealed the win with ten minutes remaining, Shane Gill picking up the ball and attacking the visiting rearguard before slotting home from just inside the box.

Buckland face mid-table Bitton at home today and could move up into the top four with a victory.

Stoke Gabriel had a mixed Easter in the South West Peninsula League. Good Friday saw the Railwaymen follow up their heroics against Godolphin Atlantic with a narrow loss at another top six side, Ivybridge Town. After a goalless first half, Ryan O’Callaghan put the visiting side in front just after the break with a close-range effort before Phil Bromhead converted from a corner to level the tie. The winner came on the hour mark, Lee Doel managing to find the net after a neat through ball.

But it wasn’t long before the home side had something to cheer about with a fine home performance and win against Torpoint on a dank Easter Monday. Stoke had already threatened to take the lead when one of the league’s standout players, Joe Thompson turned and found the net with just five minutes on the clock. But despite dominating the half, Stoke found themselves pegged back when Darren Hicks replicated Thompson’s goal at the other end. But the home side continued to work hard and deservedly went ahead on 35 minutes, the troublesome Ollie Aplin curling past Matt England from just inside the box. A resurgent Stoke produced more of the same in the second half, but had to wait until the 65th minute to create some daylight, Aplin forcing the unfortunate Josh King to hit his intended back-pass into the back of the net. Torpoint then had their best spell of the match, but Stoke could even have made it four by the end, Thompson hitting the bar. The win gave the Railwaymen a crucial three points in what could be a tight Premier Division relegation battle.