Bucks Enjoy Perfect Away Day to Progress in Vase 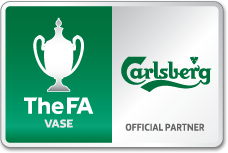 Bucks Enjoy Perfect Away Day to Progress in Vase

It was an early start for Buckland Athletic on Saturday as they took the long trip to West Sussex for a fourth round FA Vase tie at Horsham YMCA. But a superb defensive display and clinical finishing made the journey worth it as the Yellows won 3-0 to make the last 32 of the competition.

After a one minutes silence to remember the victims of the Chapocoense tragedy, the game launched immediately into action, the visitors awarded a penalty within the first five minutes, Jared Lewington upended during Bucks’ first foray into the box. But the usually dependable Lloyd Gardner presented home custodian Lewis Blaney with an early Christmas present, a weak spot-kick which the goalkeeper saved with some relief. A couple of minutes later though, Blaney was picking the ball from his net, Gardner picking the ball up from a corner and atoning for his miss by beating two defenders before providing the assist for Si Laughton to open his account for the season – and ease any early nerves the visitors might have been feeling. Both sides struggled to create any further chances in the next 35 minutes, Dave Brown and Phil Sullivan making some good runs but Buckland defending well, Phil Johnson’s tame header from an Ash Dugdale knock on the first chance for the home side after 30 minutes of play – and no problem for Grant Fisher. After surviving a handball penalty shout when Laughton blocked a Brown cross, Bucks extended their lead through a right-footed 25-yard Richard Groves free-kick which ended up in the top left corner, via the underside of the crossbar, four minutes from half-time.

Horsham started the second half well and once again thought they deserved a penalty when Guy Harding went down in the box. Fisher then did well to keep out a couple of dangerous Sullivan crosses while Dugdale sent a shot wide. Sam Schaaf also saw a decent effort miss the upright but not before Groves had kept Blaney’s hands warm with a shot on 70 minutes. Brown also came close to narrowing the deficit before Gardner ended all hopes of a comeback with seven minutes remaining. Running free down the left, Gardner latched on to a pass before beating the ‘keeper with a left-footed strike.

Coach problems meant that Buckland stayed longer at Gorings Mead than they had planned for but, given the warm praise for the South Devon’s side conduct, it was clear that their welcome wasn’t overstayed.

To widen the smiles of the home club, they will pocket a cool £975 for their achievement as they await the draw for January’s Fourth Round.