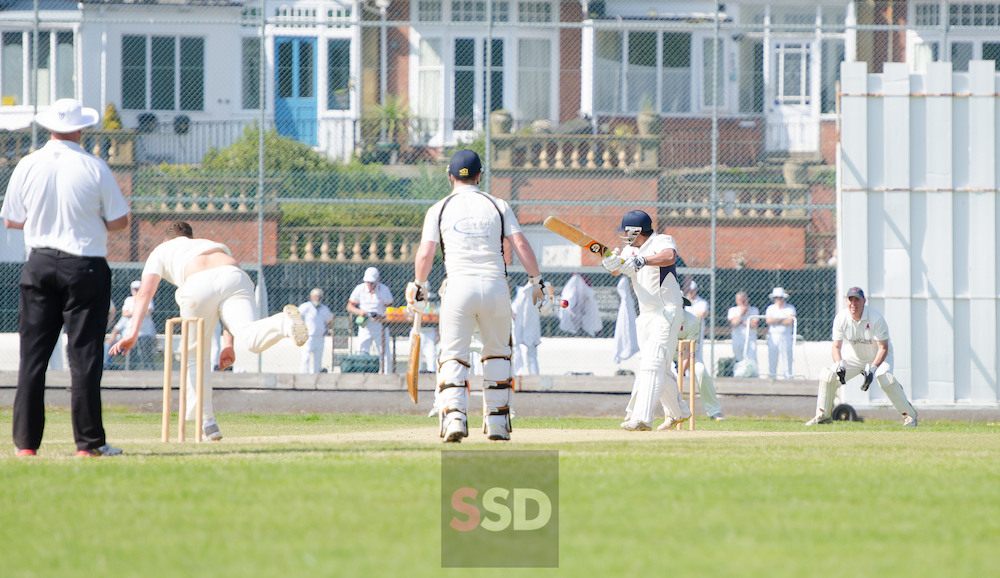 Both Torquay and Paignton Cricket Clubs kept the pressure on league leaders Cornwood last weekend with victory’s at home against Ivybridge and Budleigh Salterton respectively.

Torquay captain George Allen told SSD that his side had a great performance. “Mitchell Pugh bowed very well up front and our 3 spinners where superb, keeping things tight and not giving anything away”. The host never gave their opponents the opportunity to build on their innings, regularly taking early wickets. Only a good partnership by Harry Solomon (20) and James Sharp (54) for the 7th wicket gave Ivybridge some runs to bowl with. All out for 176 after 43.4 overs was always going to be tough to defend against what has been this season so far, a strong Torquay batting order.

The opening pair of Tim Western and Josh Hunt put on 37 before Western was caught on 19, brining Allen to the crease. The Captain and Hunt then added 29 before Hunt went for 12 caught behind off Solomon’s bowling.

Allen then went for 20 before Pugh’s half century (51) and Tom Drake (40) steered Torquay home inside 28 overs. Allen added “Mitch and Drake where brilliant seeing us over the line today”. The win by 7 wickets gave the home side 20 points keeping them in 2nd place but well in touch with Cornwood who also claimed 20 points with victory over Plympton.

Third placed Paignton used their 50 overs against Budleigh Salterton to record 223 for 7 with some notable contributions with the bat from Kevin Renecke (33), George Benton (48), Steven George (27) and Justin Mann (63).

Captain Richard Ashworth spoke to SSD after the game and was happy with the result.

“Batting first on a decent pitch we were guilty of giving some early wickets away, however Kevin and George gave us a solid platform before a superb innings from Steven and Justin gave us a great chance in the game”.

Budleigh started well with their open pair knocking 47 before the first wicket fell of the bowling of Benton. Two quick wickets where then taken before a fourth wicket stand of 50 got the visitors innings back on track.

However, then came a great spell of bowling for Paignton from Chris Kelmere claiming four wickets for just 8 runs, off 5.2 overs. “Chris came on at a time when the game could have gone either way”, Ashworth said. “The result could have been very different but I’m very happy with 19 points and we stay in touch with the top two”.

Also in ‘A’ Divison Brixham won their fixture against Bideford by 1 Wicket.

Bideford posted 201 off 44.1 overs and Brixham got off to a great start before losing their open wicket on 40. Tom Hopper (50) and Abdul Muzammil (26) then added a partnership of 63 before a regular fall of wickets got Bideford thinking the game was swinging back their way, however the visitors managed to steady the ship and claimed victory with a ball to spare and take a much needed 19 points as they start to climb up the table.

Next Saturday see’s Torquay travel to Budleigh Salterton, while there is a local derby with Brixham entertaining Paignton.