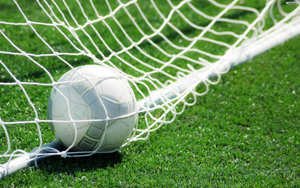 Buckland Athletic Reserves have moved to the top of the early WBW (Solicitors) SDFL table after sending Roselands to a second successive 6-2 defeat. Kofi Shaw opened up the scoring for the visitors before Lorin Newcombe netted for the second week in a row.

Defender Nick Hayman made things more comfortable at half time, striking a free-kick under the Roselands wall for a third. After the restart, Curtis Clarke’s goal bound effort came off Buckland’s Liam Drew and past Marko Radovanovic to reduce the deficit. Any hope of a comeback was swiftly denied the Red Army though as Newcombe scored his second and Joe Constantinou grabbed a brace. Jacob Evans had the last word with a second Roselands consolation.

East Allington United have also had a perfect start to the season. This week’s victory came in the Preliminary Round of the Throgmorton Devon Premier Cup where the Pirates dispatched Exmouth Town Reserves 4-0. Despite both sides hitting the woodwork, it took 35 minutes for someone to break the deadlock. The opening goal was worth the wait though as Josh Pascoe spotted the goalkeeper off his line before lobbing him from well inside his own half to give the South Hams side the half-time advantage. Exmouth had started the game the brighter but it was Andy Weeks’ side who struck first after the break, Andy King running free and playing the ball to Andy Davis in the box who side-footed home. As Exmouth fought to get back into the game, they were killed off with a superb team goal, Josef Sita finishing off a five-man move for East Allington’s third. Si Hannaford then set up Sita for his second to seal the Pirates’ First Round place. They will be joined by Kingskerswell and Chelston who added to their promising start to the campaign with a 1-0 win over Upottery.

Back to the Premier Division and newly promoted Chudleigh Athletic made the ideal start to their season by putting five past Paignton Villa with no reply. Former Liverton goalscorer Nikolas Garrett netted twice from the bench with fellow substitute Ben Tipper, Aidan Brown and Joe Bushin completing the scoring. Dartmouth AFC also started positively with an opening day victory at Ashburton, the defending champions.

In Division One, prolific Ivybridge Town Reserves lead the pack following an 8-2 triumph away at Babbacombe Corinthians who were beaten by the same score last week! Matt Hill and Bradley Lowe struck twice each with Daniel Ahearn, Norbert Beza, Curtis Westcott and sub Tommy Clift also notching. Carl Johnson was once again on target for Corries with Lewis Richardson the other goalscorer. Paignton Saints and Watcombe Wanderers Reserves were also celebrating back-to-back wins. Saints went behind at Torbay Police with Max Prestwood opening his account from the penalty spot. But a lob and a fine finish from Jamie Micklewright turned the tables to earn the visitors the three points. Ben Kempster came off the bench to score the only goal at Long Lane as Watcombe beat Loddiswell Athletic 1-0.

Ali Chuchuk was on fire for Bovey Tracey Reserves with four goals as the Moorlanders bounced back from last week’s loss to hit hosts Newton Abbot ’66 for six. Mike Tapper and Corey Brennan were Bovey’s other goalscorers. Beesands Rovers also responded to their opening day defeat with an away win, Finley Bullen and Danny Tucker scoring the goals as the Bees defeated pointless Buckland Athletic Thirds 2-0 at Forches Cross.

In Division Two, there were doubles for Finn Graham and Charlie Morgan and a single for Ben Beeson as Buckfastleigh Rangers won 5-1 for the second week in a row, Chudleigh Athletic Reserves this week’s victims. Barton Athletic and Meadowbrook Athletic also made it two out of two with wins over Roselands Reserves and Waldon Athletic Reserves respectively.

In Division Three, Watts Blake Bearne’s Cam Gill made it six for the season already as he and Ashley Skinner scored in a 2-0 win over Dittisham United; Skinner also missed a penalty. Paignton Villa Reserves, Newton Rovers, Torbay Police Reserves and Bishopsteignton United all kicked their seasons off with home wins.

Two goals in each half saw Galmpton United beat Newton Rovers Reserves to continue their strong start in Division Four. There were goals again for Harrison Arnold and Savash Zulhayir with Will Baker and sub Kieran Dart also on target; Lewis Jordain-Garner scored for Rovers. Babbacombe Corinthians Reserves made it two on the bounce, Connor Charlesworth, Dean Coles, Ryan Corcoran and Samuel Swann with goals in a 4-2 victory at Chudleigh Athletic Thirds; Lee French and substitute Darren Smith scored for Chudleigh. Newton Abbot ’66 Reserves won 7-2 at Kingsbridge and Kellaton United to maintain their perfect start to the season while a single goal for Ipplepen Athletic Reserves was enough for the win over Paignton Saints; Pens are also yet to drop a point.