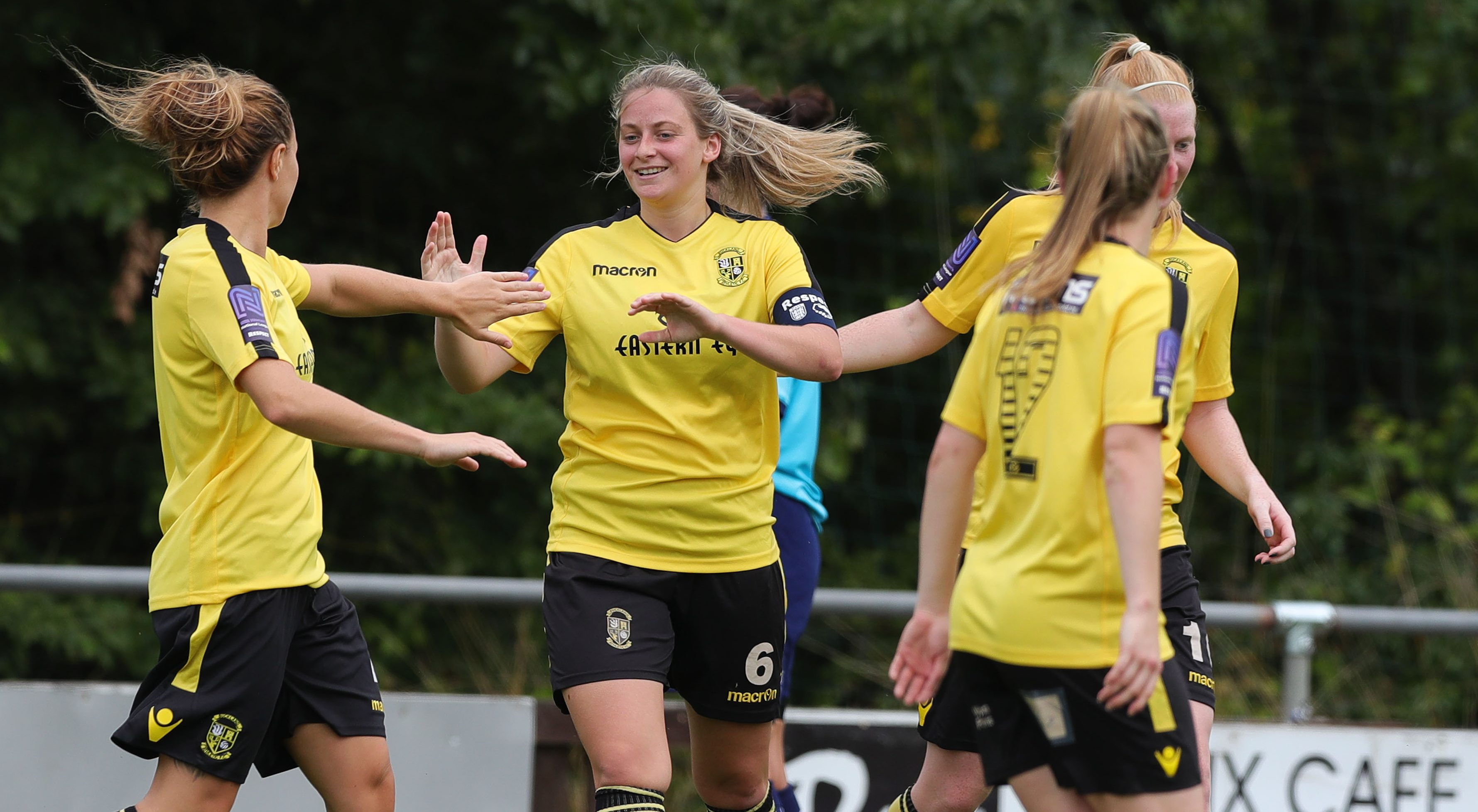 Buckland Athletic Ladies continued their fine form with a resounding 8 – 1 victory away at Maidenhead United on Sunday afternoon.

Natalie Warman capped off a lucrative afternoon with five goals to her name, while Laura Gough grabbed two and Carla Staddon with one.

Manager Grant Fisher was happy with his sides performance and result bearing in mind it was one of the club’s longest journeys of the season, with the squad having to leave early Sunday morning to ensure they arrived well in time for kick off.

Fisher told Sport South Devon “With a bare squad and players playing through injuries, it was our most complete performance this season for 90 minutes. It couldn’t have got off to a better start when Natalie Warman scored a peach of a left foot volley with just 4 minutes on the clock”.

The game was very much one way traffic until Maidenhead got themselves back into the fixture when an interception from a loose pass was seized upon and the resulting shot lobbed goalkeeper Abi Bond and fell into the back of the net.

From then on Bond was rarely troubled and Buckland deservedly got themselves back in front in the 44th minute, Gough putting a lovely left foot cross in and there was Warman to finish off the move for her second.

The second half continued as the first had finished and the score line didn’t flatter Buckland at all. Warman completed her hat trick in the 51st minute, after another fine through ball from Gough.

Gough then decided to get in on the goal scoring act herself having come close in the first half the forward made no mistake in the second, when a beautiful low shot found the bottom corner making to it four.

Warman then went on to score her fourth & fifth goals while Gough got her second and Buckland’s seventh with a delicate finish. Staddon unleashed a 25 yard thunderbolt into the top corner to finish off a great afternoon’s work for Fisher’s side.

Fisher added “The team talk at half time was easy, keep doing what you’re doing, we were playing the best football we had played all season, helped by a lovely surface at Maidenhead. It was a great result for us and great for confidence to travel all that way and deliver a performance like that. We will not get carried away as we have another tough game against Southampton Saints and Girls this weekend, before we return home for a huge FA Cup Fixture against Cheltenham Town in the 1st Round proper”.

Buckland have now moved up to fifth in the league, while they have games in hand on the sides above them.