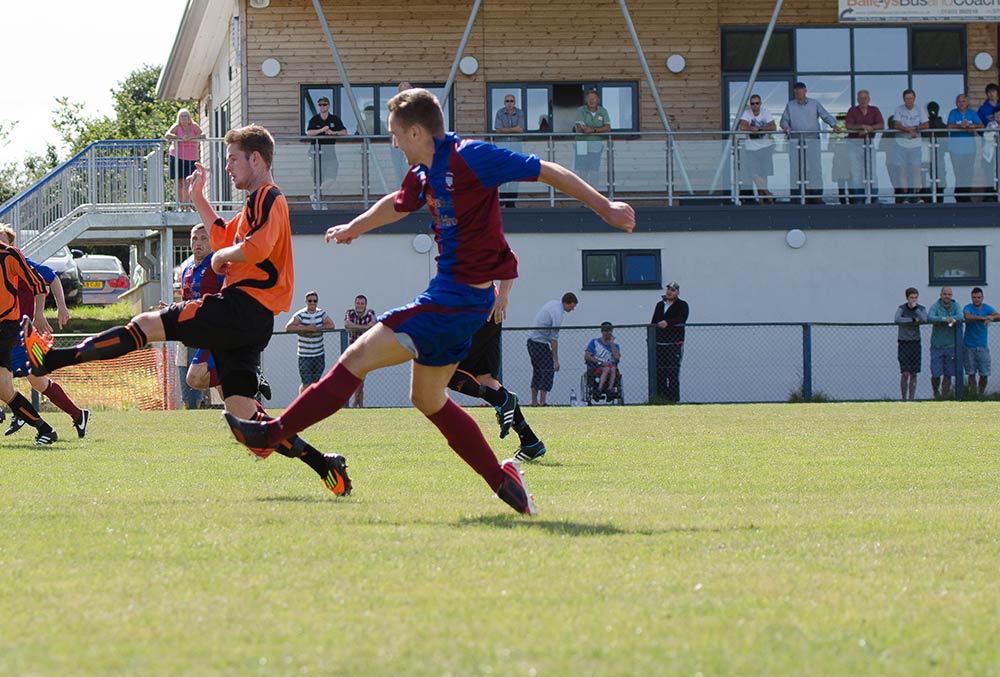 Buckland Athletic Reserves are yet to put a foot wrong this season as they progressed into the second round of the Throgmorton Devon Premier Cup at the expense of Devon and Exeter Football League side Clyst Valley. Sam Dicken scored the only goal of the game although the hosts did miss a penalty and had an effort ruled out for offside.

The Yellows will be joined in the next round draw by Chudleigh Athletic, Kingsteignton Athletic  and East Allington United who all took advantage of home ties to progress. Chudleigh enjoyed a narrow 2-1 win over Morley Rangers while interim managers Matt Barrett and Alan Lewis led Kingsteignton to a 3-2 victory over Plympton Athletic, Ollie Kewell scoring twice and Tom Reeves also on target.

Andy Davis starred at Poole Lane as his hat-trick helped East Allington to a 4-1 win over Shamwickshire Rovers, Simon Hannaford with their other goal.

Having had their game at South Devon College rained off, Roselands were due to play on Wednesday night under the floodlights at opponents Sidmouth Town.

All other SDFL Premier sides bowed out of the competition, three to fellow South Devon sides. Totnes and Dartington renewed their acquaintance with Peninsula East side Teignmouth, losing out 2-1 at home; Dartmouth AFC were soundly beaten 5-1 away at Stoke Gabriel and Paignton Villa went down 2-0 at home to Bovey Tracey.

Ashburton failed to raise a side to travel to Tavistock Reserves; Watcombe Wanderers were beaten 2-0 at home to Plymouth Marjon and Kingskerswell and Chelston scored twice but conceded six at home to Braunton.

There were no Premier Division games but Brixham AFC Reserves booked their place in the second round of the Herald Cup with a convincing 8-0 drubbing of Division One side Babbacombe Corinthians. Jack Turak scored twice for the Fishermen and there were also goals for Mark Griffiths, Jack Pollard, Alex Smith, Scott Walker and substitutes Richard Malone and Connor Stewart.

Salcombe Town have gone back to the top of Division One with a 2-0 home win over Watcombe Wanderers Reserves, Guy Watson scoring and the Greens putting through their own net. Previous leaders Ivybridge Town Reserves lost out for the first time this season, beaten 4-3 at Newton Abbot ’66. Gregory Allen, Matthew Barkwell, Jonathan Clyne and Shaun Waldron found the net for The Sixes with The Ivies’ goals coming from Norbert Beza, Alex Henniker and Kane Steel. Ivybridge slip to third behind Torbay Police who stormed to a 7-1 victory at Bovey Tracey Reservers, Jamie Bayliss and Luke Dandy with doubles apiece and Matthew Bleakley, Dan Keating and sub Daniel Pagett also making the score-sheet.

Paignton Saints and Broadmeadow STFC continued their flawless league starts with victories. Goals from Javan Wright and Jamie Ford saw Saints win 2-0 at Newton Abbot Spurs Reserves to make it three out of three while Broads squeezed past Beesands Rovers 3-2 for their second win. Chris Bennett, Jai Campbell and Andrew Espley found the net for the home side with Finley Bullen and Danny Tucker responding for the Bees.