Southern Success and 100% Grades for MartialArts4Fun 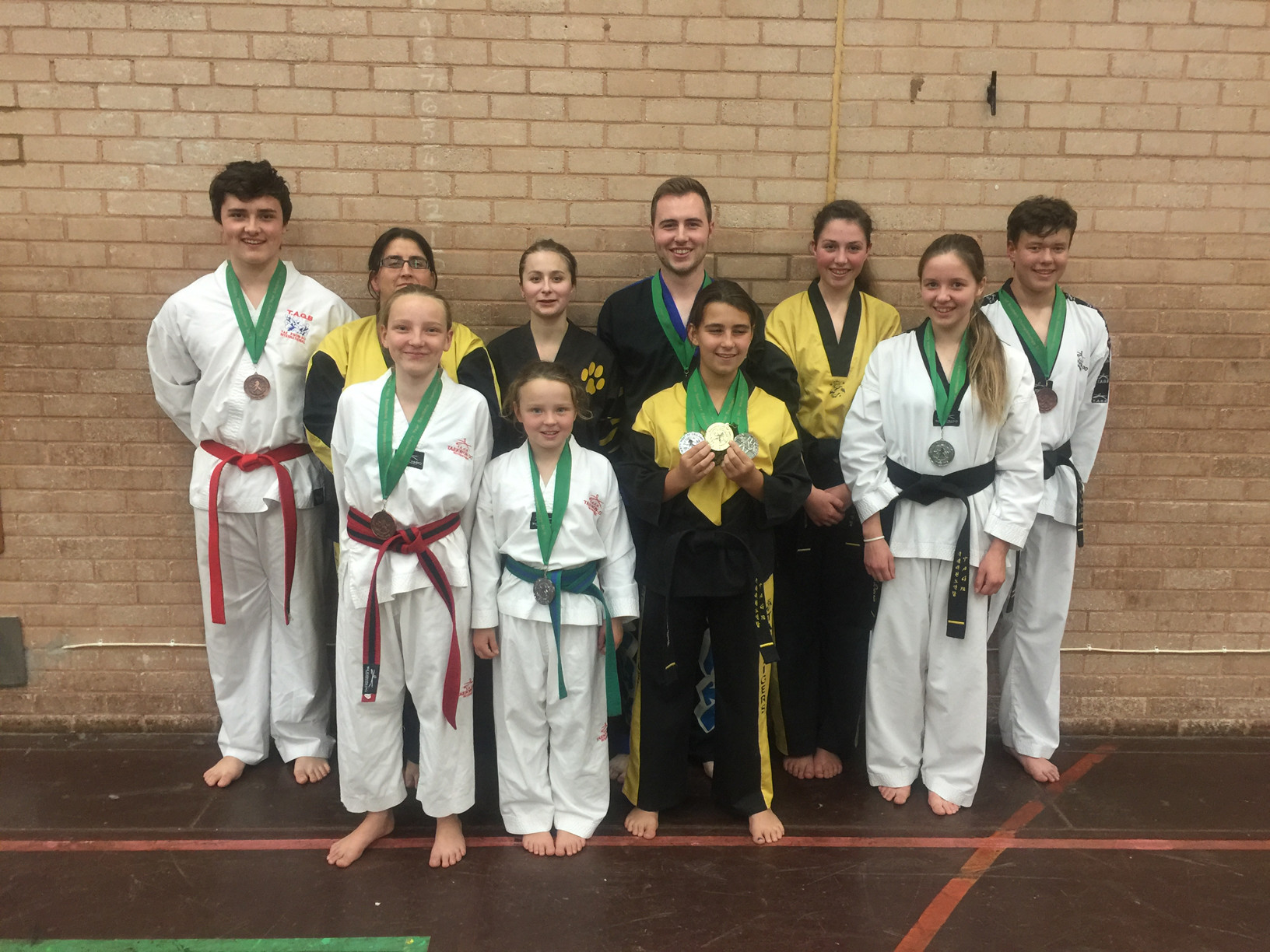 Southern Success and 100% Grades for MartialArts4Fun

It has been a busy month for students of MartialArts4Fun. Firstly they had their coloured belt grading, shortly followed by the annual TAGB Tae Kwon Do Southern Championships which took place at Torbay Leisure Centre in Paignton.

The grading took place at Newton Abbot Leisure Centre and was overseen by World Master Michael Dew (8th Degree Black Belt and Vice Chairman of TAGB). The South Devon school’s students demonstrated a high standard of ability, which resulted in a 100% pass rate. Grading awards, presented to the student in each school that stood out, went to Emma Matthews (Newton Abbot) and Tasha Harding (Teignmouth). ‘A’ passes were also achieved by Harrison Murch and George Thorne, both of the Newton Abbot School, while Aimee Thomas, Ruo Ni and James Moore of the Teignmouth School bagged ‘Plus’ passes, which are still above average as did Lucy Saad, Chloe Pike and Jenine Thorne of the Newton Abbot School and William Royce and Ronan Rowell of the Bovey Tracey School.
Many of the junior students also completed and passed a stripe assessment taking them a step closer to gaining their first TAGB Belt. With some outstanding performances on show, they could be the world champions of the future.
Over 400 competitors took part at the annual Southern Championships and, as usual, although this was a regional event, competitors came from all over the South West with some travelling from further away. The local MartialArts4Fun school from Teignbridge were represented in all four disciplines (Patterns, Individual Sparring, Team Sparring and Destruction) and entered a large number of students. Hard work and dedication from all showed through as the school came away with a total of 24 medals, their most successful event of the year!

Many other competitors took part, some who were competing for the first time and taking away valuable experience despite being extremely unlucky not to come away with a medal. All are keen to compete again in the next competitions: the South East Championships in Guildford, North Midlands Championships in Derby and finishing the year with the British Championships also in Derby.
Mr Peter O’Neill (6th Degree Black Belt the senior instructor at MartialArts4Fun) said: “So much hard work goes on behind the scenes to make a tournament as successful as this one. Well done to everyone who was part of the day: the competitors, officials, welfare officers, referees and medics. It was a great day full of experience for all involved. Some competitors had entered their first tournament others have entered many before. Those that were placed in the events had the bonus of coming home with a medal or trophy. It couldn’t have taken place without each and every one of you.”
More information regarding MartialArts4Fun Tae Kwon Do can be obtained by contacting Mr O’Neill on 07718 750390 or [email protected].