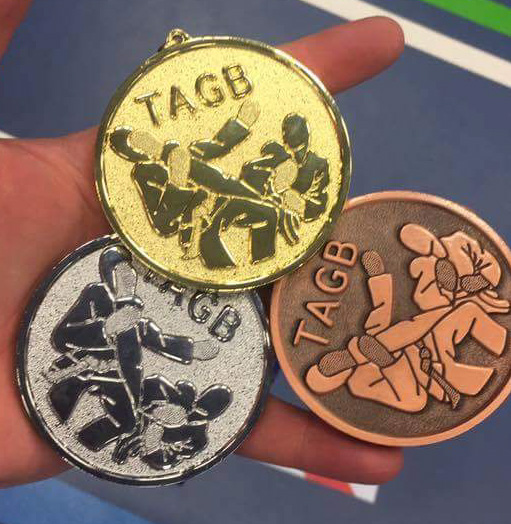 All pictures kindly contributed by and (c) Martial Arts 4 Fun

Three students from Teignbridge-based MartialArts4Fun TAGB Tae Kwon Do Schools travelled to the North Midlands Championships at the Derby Velodrome Arena where over 600 competitors from TAGB schools across the country competed in various elements of Tae Kwon Do.
There were successes for all three with Rob Burley getting a full house of medals (Gold in Mens Patterns, Silver in Tag Team Sparring and Bronze in Mens Individual Sparring – after having to move up a weight category on the day!) Shawna Ball took home a Silver in Tag Team Sparring and was unlucky not to come away with another medal after getting through to the final round of the Girls (Under 16) Black Belt Patterns category. Karen Ball won a Gold in the Ladies Black Belt Hand Destruction.
The school has also just received the results of the recent Black Belt grading held at the Bristol Tae Kwon Do Academy. Congratulations are in order for Katherine Baker for her promotion to 2nd Degree Black Belt and to Crystal Moore, Sophie Fischer, Ryan Bouzayen and Owen Thomas who gained their 1st Degree Black Belts. They will be present with their belts and certificates at the coloured belt grading being held at the end of November in Newton Abbot. Well done to everyone!
If you are interested in joining a successful local club please contact Peter O’Neill (6th Dan) on 07718 750390 or by email [email protected] for more information about free trial lessons. 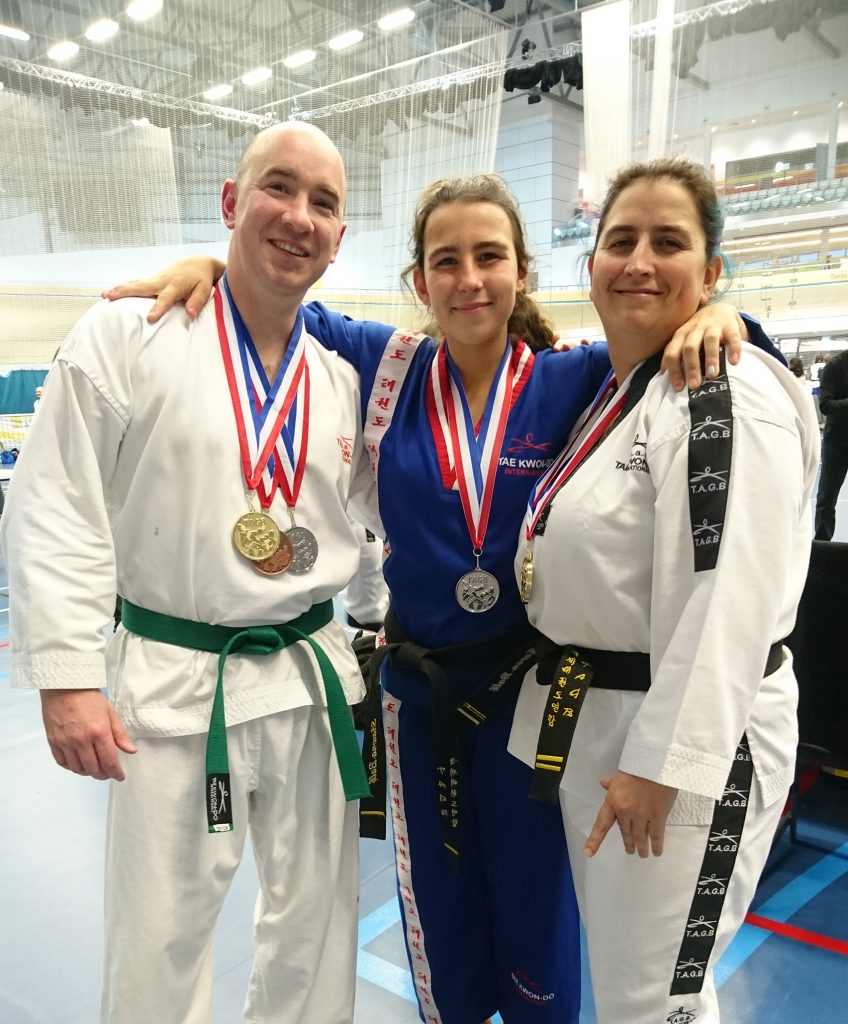